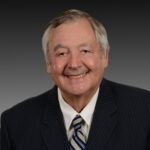 Daniel Long joined our firm as Of Counsel in 2015. For the past thirteen years before joining our firm he was the Senior Intellectual Property Counsel for BAE Systems Electronic Systems in Nashua, New Hampshire where he managed that company’s intellectual property affairs in a high technology, complex Government contracting environment. Technical areas in which he worked included infrared and radio frequency aircraft self-protection systems, surveillance and intelligence systems, infrared imaging systems, radiation hardened semiconductors, and hybrid electric drive vehicles. During each of his last eleven years at BAE, Dan was successful in having the company named to the list of the 300 Leading Patenting Organizations which published annually by the Intellectual Property Owners Association.

At BAE Dan also initiated an effort to monetize some of the company’s patent portfolio. This effort led to sales (with royalty free licenses back) and licensing agreements.

At BAE Dan was also charged, along with outside counsel, with defending a patent infringement suit brought against the company by a non-practicing entity. The company’s product which was alleged to have infringed the patent at issue was an integral part of a system which was being proposed to the U.S. Army in an attempt to win a major contract. The infringement suit put a cloud over this proposal; however, Dan was successful in finding a prior art patent and in petitioning for an Inter Partes Review in the Patent Office which invalidated the non-practicing entity’s patent. Not only was the decision obtained in enough time to clear up the infringement issue for the Army, but the company also saved millions of dollars by not having to defend the infringement suit in court.

Prior to his time at BAE Systems, Dan also held responsible intellectual property positions at FCI Electronics, Inc. and PPG Industries, Inc. and at the Pittsburgh intellectual property litigation law firm of Parmelee, Miller, Welsh & Kratz. At FCI Dan prepared and prosecuted a group of patent applications on ball grid array technology which resulted in a patent portfolio which was litigated in U.S. district court against major Chinese infringers   (Hon Hoi Industries and Foxconn). The patents were held valid and infringed, and FCI obtained an injunction against further infringement and a treble damages money judgement against the infringers.

Dan is a graduate of the U.S. Naval Academy and afterwards served for twenty years of active duty and reserve component service as a U.S. Marine Corps artillery office, including a tour in Vietnam. He received his Juris Doctor degree from The University of Pittsburgh School of Law. He is admitted to practice before the Supreme Court of Pennsylvania and the U.S. Court of Appeals for the Federal Circuit and is registered at the U.S Patent and Trademark Office.

He resides with his wife, Maureen, and son and daughter in Amherst, New Hampshire.